It’s been a long year.

It’s been an unbelieveably short but ridiculously full on year.

Seemingly weeks ago it was New Years Eve and now the Christmas ads are back on the TV and I’ve even started picking up the odd stocking filler.   Very early for me.  Usually I refuse to consider Xmas until after all our November birthdays.  Still, I have to accept it’s not been weeks but nine whole months since New Years Eve and it’s just gone in the blink of an eye.

It’s been fabulous to be fair, but now Hubby and I are reaching melting point.  Personally I feel pretty much physically and mentally broken.  And looking at Hubby (despite all attempts to put on a brave face and cope with everything I can’t), it’s pretty clear he’s in much the same place.

I’m at the point where everything is exhausting.  Even the fun stuff.  And we all know how I love the fun stuff.  But I’m so exhausted I’ve started declining party invitations (shock horror!).  The idea of doing anything at all can sometimes feel overwhelming.  Not so much the actual ‘Fun’ bit of the fun but the getting to and from the fun.  The travelling anywhere at all has become fun prohibitive.  I have got to the point where I miss out because I can’t face the journey.

A few weeks ago, I had a long trip to a social event .  I had stressed and cried and panicked about the journey.  500 mile round trip for an event I could not and did not want to decline.  But (and I know how melodramatic this sounds) the journey near broke me.  Nothing untoward happened. I travelled alone with the radio for company.  There were no road traffic incidents; just the usual delays and holdups you would expect entering towns and city and at major road junctions;  but the sheer number of hours on the road just wore me down .  Both physically and mentally.  I hurt for days after and my brain went into ‘essential processes only mode’.

The FUN between the two long journeys was fabulous , but the recovery from the travelling made me declare ‘NEVER AGAIN’.

Despite this, two weeks later we had to do the same journey, this time I had Hubby and Teen in tow.  I did none of the driving.  And the FUN between the travelling was truly the most fabulous of fun times (that being true even though I’m ‘Sober September-ing and Stoptober-ing… another day , another blog) 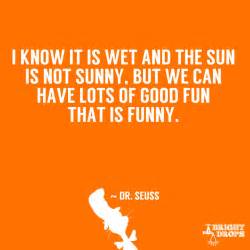 I can’t say the mental and physical trauma I felt was lessened by not having to take responsiblity for the driving.  I felt at least as terrible.  Physically I ached for days after from sitting for so long; body being ‘rattled’ by the movement of the car and the passing of the never-ending miles; head lolling from the dozing off etc.  Mentally it was exhausting and disorienting; the drifting in and out of consciousness into fitful sleep; the sudden awakening from a jolt, sharp braking, sudden lane change, impatient acceleration, road rage rant from Hubby; the hours of conversational silence but at the same time the constant white noise of road and traffic; and then the momentary panic when you open your eyes to find yourself seemingly hurtling towards the back-end of a lorry; or simply being somewhere completely different and not knowing where you are (how do little kids cope with this?!).  you get my drift.  Drifting in and out of sleep is a mind-fuck.  I just can’t handle it.

A friend of mine struggled for many years with quite severe ME.  Her brain would over-react to even the slightest stimulation.  Her body would cramp with pain to the slightest of exercise.  In order to get a decent nights sleep literally everything had to stop by about 8:30pm.  All the things I would think of as relaxing eg: watching a movie, listening to music, chatting on the phone with a friend.  Physically she had the same problem no leisurely walks, bike rides, train trips for her.  To visit me to recuperate would just be too much to consider.  The journey would physically debilitate her for days/weeks, that gentle rattling of the body  would render her bedbound.

I know I don’t have ME, and for that I am very grateful.  However, this friend, in her fight to manage her illness and recover some semblance of normality into her life, really did teach me a few valuable lessons.  Some years ago, on another occasion when I was far nearer the brink of life overwhelming me, I ‘ran away from home’ and hid out at her house.  I literally got in the car to pop to the shops and ended up driving 250  miles to her front door.  During those few days we often sat together for hours, in the garden or at the kitchen table; mostly in silence, with gathered windfall fruit and slowly peeled, chopped, cored.  It was her self-imposed mindfulness for her own wellbeing and it became my first experience of it.  The first time I ever gave myself permission to live just for that moment and no other.  To sit there and just be.  without the guilt of ignoring the ‘to do list of life’.  Self imposed mental recovery.

These days I recognise the signs of impending meltdown.  Usually before it’s too late and, usually, I find the time and space to do something about it.  And usually that something only needs to be an afternoon, a day, an early night, a long bath, a vocalisation, an admittance, a cancelling of an activity, a reality check with Hubby.

Hubby who is a marvel always recognises my need even before I do, and has prepared for it, made space for it.  Usually  I can (almost) guilt free allow him to take up my slack and not feel (too) guilty for being a wuss and a light weight.  Generally I can accept my need to stop for a bit and have learnt to see this recognition as a strength not a weakness.  Generally he will just take up the slack and cover for me.  And, (trust me Hubby if you are reading this), that part of our partnership is so very highly valued, I recognise it and love him for it.

However this year.  Right now.  I can tell that he too needs to stop.  We both need to seek out the silence and still our minds.  Find ourselves.  Find each other.  We both need a few days without agenda.  when we can go or not go; do or not do; talk or not talk.  We both need to lock away our ‘to do list of life’ and wallow in a period of free (non) thinking….

So our challenge is to find a gap big enough to make this happen…….

I wrote the blog above yesterday, in the old analogue way, long hand on paper with a pen as I live fairly remotely and in some places there simply is no internet access.  Because of it, I came home and whilst sitting with the intention of typing it up,I instead found myself searching for time out options.  We needed a break but I couldn’t cope with a lot of travel… within hours I’d booked us a 4 night break in Rome travelling from the local (Cardiff) airport and its only 11 days away!!!!!  The simple act of writing about the need made me truly see the need and act on it, so thank you blog community.  The relief of making the booking has in itself taken the strain out of the every day…I am already more relaxed  just knowing it’s happening so soon.  …As for Hubby, I can safely say he is as excited as I am…..