Skip to Content
Home featured posts Consumption……. why do we need so much ‘stuff’

I’ve been very remiss at posting new content recently.  This is largely due to the fact that I have been creating my first ever fully handmade Christmas.  Its taken up every moment of spare time through November and December.  But, and here’s the tease, the results are astounding,  however, I can’t share, not until after Christmas

I’ve been thinking a great deal though whilst pottering away here in my studio.  My head is full of prospective blog content,and creative ideas for 2019.  It’s also full of less satisfying concerns, discussions and debates in relation to the world political turmoils, capitalism and climate change.

As a ‘developed’ nation (and I use the term deliberately in inverted commas), we measure our success and wealth using GDP (Gross Domestic Product), the value of all the goods and services we produce; sometimes we make (a little) more sense of this by making the figure ‘per capita’ ie dividing it by the population, the GDP per capita at purchasing power parity (PPP).  What we don’t acknowledge is that there is no ‘parity’  , we haven’t allowed in our measurement of success the percentage of the population in poverty, using food banks, unable to survive on living wage.    We’re not comparing it to cost of living;  carbon costs; quality of lives.

Whilst governments continue to measure success by sales, profits and corporate success we will never be in a position to effectively tackle issues like carbon emissions and global warming.

Look I’m not a politician or an economist.  I don’t have a degree in anything and I probably couldn’t talk the technical talk, but what is obvious to me is that Governments are playing at caring.  No country is prepared to be the first to say that excess, purchasing, hoarding, buying, credit card debt, consumption are not what they want.  None of us are prepared to do without a TV in every room, a phone and car for every person, more shoes and clothes than any of us really need, flashy holidays abroad.  We are an umpteenth generation of consumers, measuring our success based on a capitalist narrative and quite unprepared to give up our ‘high life’ .  We are hypnotised into misreading want for need, of measuring our success by our possessions, of craving and demanding more.  Buy buy buy. Own, own own,

Take Christmas.  How much on average is spent per person on ‘stuff’ , how much debt do we accumulate to buy expensive stuff from corporations who don’t pay their taxes?  How much pressure as a parent do you feel to provide the latest Xbox, bike, toy of the year that you can’t really afford.  Social pressure and status.  (We are led to believe) Our children will only realise we love them if we buy them stuff.  The latest trainers, the designer sweatshirt, the new PlayStation, the latest iPhone.  Its insane.

In the meantime, the online retailers and large corporations are declaring increased profits year on year…. we must be wealthy right?  Well they are.  Or rather their CEOs and directors are.  The bankers are delighted we’re spending like mad, they’re top bods get their record bonuses.  GDP is up up up.

Yet, record homelessness, food banks in just about every town, food donation points everywhere.  Social care, loneliness, child poverty, mental health, crime…all these heading in the wrong direction.  But we’re wealthy right.  GDP is up, corporate profits are sky-high.  But we’ve missed even the arbitrarily pathetic climate targets we set ourselves.

Until we as individuals stop wanting ‘stuff’; until our governments stop measuring success by profit and business growth, we will never be truly successful and wealthy.

As with many developed nations we are ‘managed’ by career politicians.  People trained in the art of spin and flim-flam; people who have never worked in the and survived in the world the majority of us have to struggle through.  I was watching a drama on TV last night and one line really stuck in my head.  What we need is a Leader not a Politician.  We need people who really see the social injustices, who have lived with the daily decisions made by the elite, who understands everyday community struggles.

Yes, Communities.  They are full of individuals trying to make a living.  Many of those people will be employed.  Many will be unemployed – lack of jobs, training, healthcare, support, opportunities.  Many will be self-employed.  There in your community are builders, carpenters , electricians, plumbers.  If you need work doing you wouldn’t think twice about contacting a local professional.  Yet there are also local bakers, farmers, market stall holders struggling to get by as our first instinct is to shop on-line or at a superstore.  We buy our gifts and toys from Amazon or John Lewis or whoever has the biggest/best Christmas advert/advertising budget yet there are artisans , crafters, makers in your community struggling to feed their families.

When I see a decadent corporate advert for example, John Lewis, my thoughts are ” how much are they overcharging, how little are they paying their staff, how big are their profits, how much tax are they avoiding; to afford Elton John, I’m not going to add to their wealth”

This year I have made most of my Christmas gifts.  I know that I’m lucky because I’m ‘creative’ , I have also bought a few from other local creative people, so even if you’re not ‘creative’ you will, I assure you, have an abundance of talent within your community to tap into.  And money spent within your community generally gets ploughed back into your community, it doesn’t go to a CEO abroad or to enhance the already obscene wealth of the elite few.  It gets spent in your local pubs shops and on your local services.

Also this year I made the decision to make it less about the gift giving and receiving and more about the family and friends.  Since moving to Wales some 14 years ago, Christmas season has taken on a new and broader appeal to me.  Since moving here the whole spirit of the season has been about friends and community, about sharing company and being aware of those less fortunate.  Of ensuring those who might be lonely have the opportunity for companionship, even if it’s a visit or an extra hug. 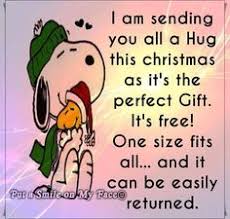 For some years I’ve been acutely ashamed and embarrassed by the excessive number of gifts I’ve given and received.  I’ve inflicted pressure on myself to deliver in terms of stuff.  Whilst I appreciate the generosity of those who give to me, I can honestly say the most appreciate gifts are those small handmade, or well-chosen trinkets.  But the best, the very best gifts are people’s time, company,smiles and laughter.

My wish for 2019 onwards is that we wake up to the reality of what’s important.  That we start to measure our country’s success by its care and compassion; its treatment of the sick and homeless.  We invest in REAL targets to make this world safe for generations to come.  I hope we, as a species, driven by greed and power, will wake up.  I hope that as a nation we are brave enough to ‘break rank’ and as individuals, we put aside our egos and start thinking of our whole.  That we start really seeing those suffering around us and push for changes that help EVERYONE; that our leaders put aside ‘politics’ and start to actually ‘lead’    That as a nation we say ENOUGH to the existing status quo of legal tax loopholes, of wealth for the wealthy, of random arbitrary targets and  corporate, profit driven eco solutions and we start to measure our success in more human terms.

That is my challenging list of hopes for the future but they require a complete change in mental attitude.  It won’t be easy .  We’ve been drip fed terrorising, immobilizing propaganda from every angle for decades.  We are surrounded by self-interested , politicised, corporate controlled government and media…. we may think we are living in the free world, but we are not free, we are more controlled than ever. We are hypnotised.  We are subliminally controlled by greed and fear.  We need to wake up and, as individuals we need to say ‘no more’. As individual’s we need to lead by example.  It is only when we as individuals start saying no to capitalism and consumerism that change will begin.

Mummy in a Tutu

stained glass -made to order